How to Seamlessly Make the Move to Canada

As an American expat, I've often wondered if I wanted to stay living where I am now, or maybe move somewhere else. Friends of mine have talked about emigrating to Canada, because of how awesome it is. For those of you who are considering a move to Canada, here's some tips from a reader on how you'd go about doing that. 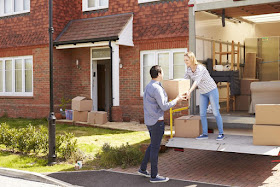 America’s neighbor to the north features both big cities like Vancouver and Toronto, remote areas like the Yukon Province, the French-speaking province of Quebec and the breathtaking oceanfront regions of Nova Scotia and New Brunswick.

Indeed, individuals and families interested in moving to Canada have many choices when it comes to deciding where they want to live. However, those wanting to establish permanent residency in Canada or become full-fledged Canadian citizens must follow a basic set of rules and guidelines.


Gaining the Right to Live in Canada

The process for applying for permanent residency in Canada is lengthy, often requiring two years or longer before a decision is made even for expedited handling. Prospective residents must undergo a health examination and extensive background checks before obtaining permission to enter the country permanently.

Preparing for Entry into Canada

One important aspect of becoming a permanent resident is gathering the necessary paperwork and getting your financial affairs in order. The following list represents the essential documents all immigrants must have with them when they enter the country.

In addition, anyone carrying more than $10,000 in Canadian money into the country must declare these funds. This includes cash, checks, bank drafts, travelers’ checks, and money orders and securities such as stocks, bonds or treasury bills. New immigrants entering as self-employed or skilled workers under the Express Entry must also demonstrate they have sufficient funds to support themselves and their families.

Purchasing or Renting a Home in Canada

The cost of housing varies widely across Canada. Room rentals may cost as little as $300 monthly, while rent for an apartment or a house in an expensive market like Vancouver could run you $2,000 per month or more. The cost of purchasing a home also varies by province, with the highest prices found in Vancouver, which averaged more than $1 million in 2016. By contrast, home prices in St. John’s, New Brunswick, averaged a modest $155,000 that same year.

Making the Move to Canada

While the process takes time and requires careful planning, many people manage the process of obtaining permanent residency in Canada every year. Taking the time to get paperwork and your financial affairs in order can help ensure the transition process is smooth.
Penniless Parenting at 12:26 AM
Share
‹
›
Home
View web version